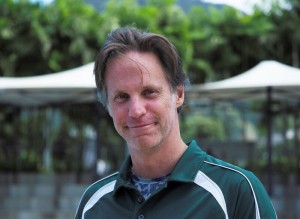 Duncan has lived and breathed swimming his entire life. Thrown in to Mother & Babies lessons before he could walk, Duncan grew up in the pool. In 1992, having just turned 17, Duncan competed at the Barcelona Olympic Games being the youngest male competitor at that meet. Not content with racing himself, Duncan obtained his first Coaching Qualification the following year and started coaching part time as he studied Business at University.

“I was tired of sweating chlorine and had a knack for connecting with kids. As a lifelong swimmer, I understood all the pitfalls that kids encountered and I quickly realised that I could be a better coach than I was a swimmer.”

Since then Duncan has enjoyed a coaching career that has seen him help win a world championship gold medal, play a role in snaffling a small bag of Olympic medals and work with some of the legends of the sport including Stephanie Rice, Leisel Jones, Ryosuke Irie and Tae Hwan Park.

“Having the opportunity to work with such super-talented people like Leisel Jones has been such a privilege. It has not only provided me with first hand insight into the best techniques in the world but has given me the opportunity to understand what makes winners tick on a psychological level. And, at the very top, racing is a mind game.”

Duncan has had ample opportunity to refine those thoughts having coached at the 2011 World Champs, the 2012 London Olympics and the 2016 Rio Olympics.

Having a coaching mentor list that reads like a who’s-who of swimming coaching has also made a massive difference. “I’ve been fortunate to work closely with some of the very best in the business. Bill Sweetenham has taught me so much about good old fashioned grit and toughness. Vince Raleigh is a master technician and Michael Bohl is the best man-manager/psychologist I will ever meet. I’ve taken so much from them and their advice and experience has undoubtedly raised my coaching game. I’m not ashamed to admit that I stand on the shoulders of giants.”

Today Duncan is enjoying his return to age-group coaching. “I love challenging swimmers and watching their disbelief when they do things I knew they could but they thought they couldn’t. The looks on their faces are always pure gold. It’s what makes coaching such a great job!” 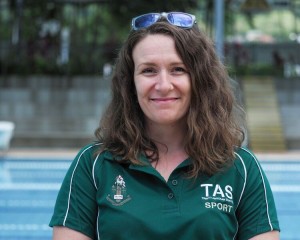 While most people ease themselves into new roles, Dionne had vaulted into the fray here at the TAS Aquatics Centre in her capacity as LTS Co-ordinator. As a youngster, Dionne was a competitive swimmer and an international medal-winning gymnast and has wasted no time in re-designing our LTS programme and working on ways to integrate our Junior School Swimming programme with our afternoon Learn To Swim.

Developing pathways with meticulous attention to detail and watching young swimmers develop is always a great source of satisfaction to Dionne who dispenses high-fives, winning smiles and bubbly enthusiasm with equal measure.

An example of positivity and enthusiasm for the rest of the team, Dionne brings a vibrancy to the pool deck and is already a favourite with the kids! 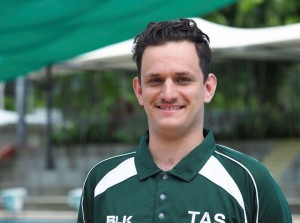 Troy, a self-confessed Richmond Tigers tragic, joins us from the Sunshine Coast where he spent 6 years teaching LTS. As versatile as they come, Troy has taught every level of swimming from babies through to masters.

A National Age swimmer himself, Troy was a state medallist and represented his home state of Victoria in the Butterfly events at the Junior Pan-Pacs so has first-hand knowledge of competitive swimming and training.

Troy has a passion for skill acquisition and correcting technique which dovetails with his tertiary studies in Sports Science. 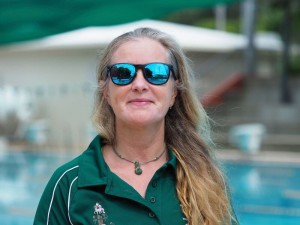 Rachelle joins us from Marlin Coast Bi-Centennial Pools where she was heavily involved with the KBJ TAS Junior Swimming Programme for two years. Rachelle has vast experience working with younger swimmers, specialising in transitioning complete beginners through to a mini-squad level.

Rachelle’s patient and thorough approach ensures that swimmers in her classes learn and progress quickly. 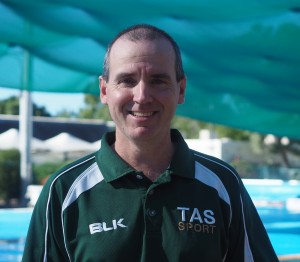 A teacher and House Co-ordinator at the school Doug brings an insight into the senior swimmers not otherwise available to the coaching staff on deck. A huge fan of competitive sports, Doug is often on deck helping our athletes at swimming competitions both locally and as far afield as Brisbane. 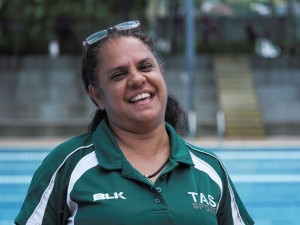 Rain or shine, Mel welcomes swimmers and parents to the pool with a smile. If you have any questions about enrolments, bookings or fees, Mel is the go-to person in the pool kiosk.